Okolona is located in southern Jefferson County.  It is centered on the intersection of Preston Highway and the Outer Loop.

It was first settled by farmers from Pennsylvania and Virginia in the late 18th century. It was called Lone Oak in the late 19th century. However, a town near Paducah, Kentucky already claimed that name for its post office, so the town rearranged the words into Okolona. Farming, as well as logging and charcoal production were important industries around this time.

Okolona is home to one of the city’s largest shopping areas on the South End, with many stores centered on the Jefferson Mall.  General Electric Appliance Park, which opened its doors in 1953, is located in Okolona and provides employment for many of the neighborhood’s residents.  Okolona is the hometown of NFL Hall of Famer Phil Simms and Aron Luckett.

Okolona real estate is primarily made up of small (studio to two bedroom) to medium sized (three or four bedroom) apartment complexes/high-rise apartments and single-family homes. Most of the residential real estate is occupied by a mixture of owners and renters. Many of the residences in the Okolona neighborhood are established but not old, having been built between 1970 and 1999. A number of residences were also built between 1940 and 1969.

For additional statistics on the Okolona neighborhood, please review the Okolona Neighborhood Profile created by the Kentucky Data Center in partnership with the University of Louisville and Metro United Way. 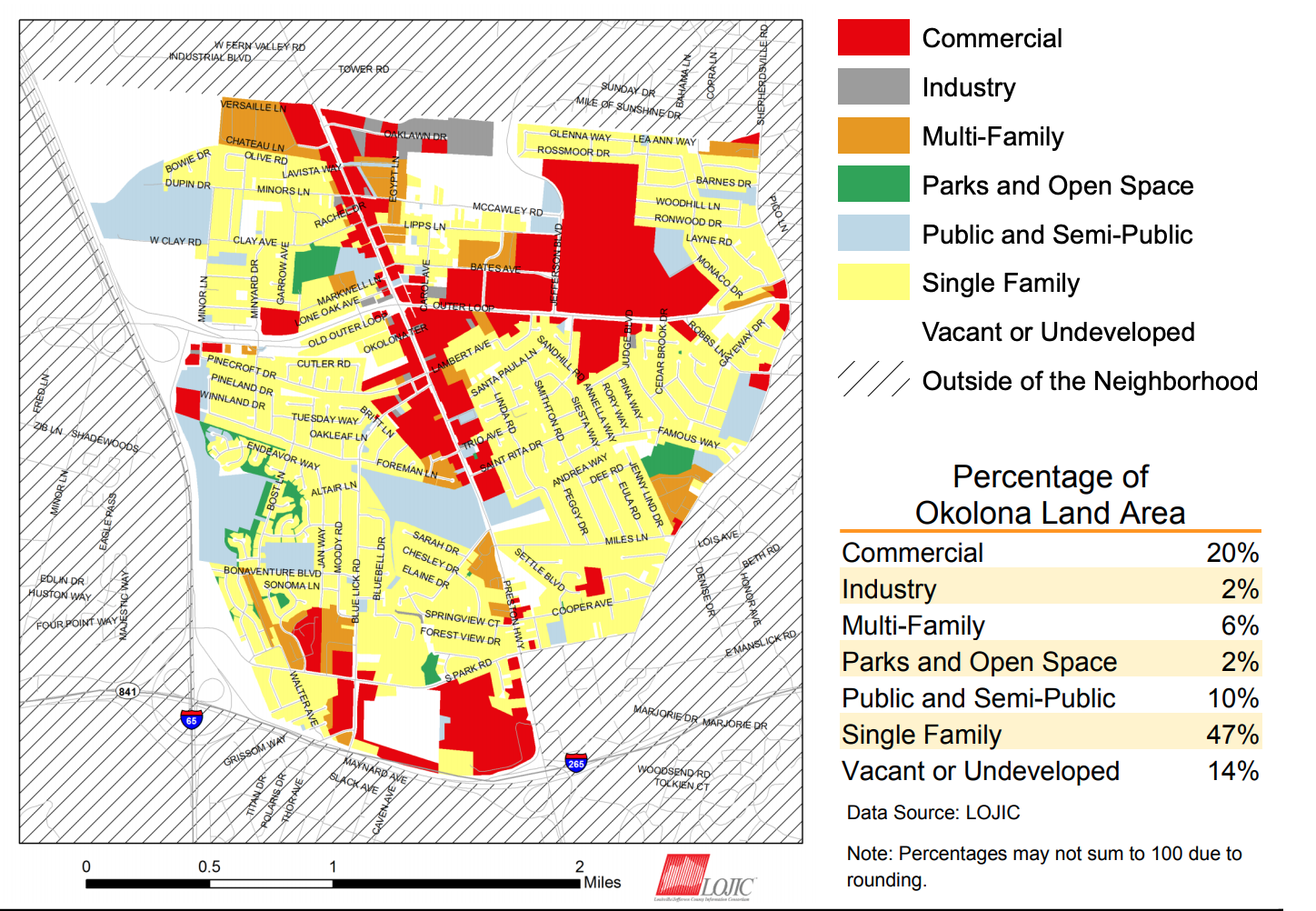